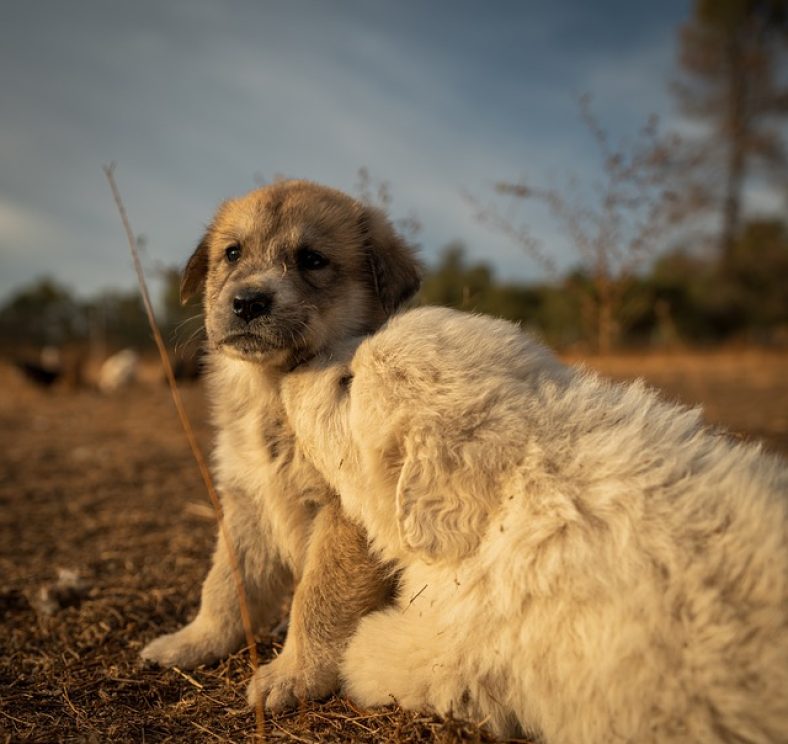 Great Pyrenees are very large dogs, and if you have a family, you may be worried that they will be aggressive and hurt someone. So, a logical question to ask is, “Are Great Pyrenees affectionate?”

Great Pyrenees are affectionate, patient, and calm dogs who will help their owners when they need it. But do note that these dogs are very large and may hurt younger children and small people even if they don’t mean to. You may also need to worry about your Pyr hurting other animals, as although they were bred to be guardian dogs who protect their herd, they are still dogs.

Are Great Pyrenees Good With Children?

As I mentioned earlier, Great Pyrenees are very affectionate dogs and probably won’t intentionally hurt anyone or anything, but these dogs are very big and can accidently hurt your child.

Another concern is that your child will hurt your Pyr. While they are very large and probably won’t get hurt, there is an always a possibility as accidents do happen!

Again, even though Pyrs are affectionate and gentle dog breeds, they are still dogs and can hurt your baby or babies.

So, supervision is even more recommended if your Great Pyrenees is going to be around your baby a lot.

Are Great Pyrenees Aggressive To Strangers?

While these dogs love their owners, they are typically reserved around other people they don’t know very well.

So, while Great Pyrenees aren’t generally aggressive toward strangers, supervision is recommended.

Are Great Pyrenees Loyal or Stubborn?

While Great Pyrenees love their owners and I can’t see them turning no them, they have an independent nature and can be stubborn at times.

He may be all over you one minute and running away, distracted by something else, the next.

So, because they are so large and can be stubborn at times, it is highly recommended that you at least do standard obedience training with your Great Pyrenees.

What To Do If Your Pyr Is Aggressive

While Great Pyrenees are not typically aggressive, there is always a chance that they will be, so it’s important that you know what to do if he does. Of course, this also goes for all other dogs as well.

So, what do you do when my Pyr is aggressive? Let’s find out!

The first step is the slowly back away. If you run, the pyr will become even more aggressive and will try to chase you.

Slowly backing away will help him feel less restricted and make him feel like you aren’t trying to hurt him in any way, which should help him calm down a bit.

Calm Down & Talk With A Quiet Voice

This step is also very important. If you act aggressive and yell at the dog, this will do nothing else but make him even more aggressive.

So, speak to him with a calm and quiet voice, and, of course, calm down. When you are calm, it will help show him that you aren’t trying to attack or threaten him.

Stop Their Source Of Anger

Lastly, you’re going to need to stop the source of their anger.

Now, I know what you’re asking, “Okay, but why is he angry?” Well, there are a number of possible reasons, but if he is acting angry toward you, it’s likely he thinks you are some sort of threat.

Though, there are of course other reasons why he could be angry as well. For one, he may see a cat.

Dogs and cats are notorious for not liking each other and trying to attack one another. The fact is, while it’s possible that you can get a dog and a cat to be friendly to each other, this is not common behavior.

Another source of his anger could be someone else. This person may be a threat, or it may not be. It could be a thief, or it could simply be the mailman delivering your mail.

Whatever the source is, it’s essential that you know what it is so you can deal with it appropriately and calm your dog down.

Can Great Pyrenees Be With Other Dogs?

While Pyrs are not exceptionally friendly to other dogs, it is possible for your Great Pyrenees to live with another dog if they are properly introduced.

The key to this is to introduce them slowly. Let them get used to each other so that they don’t feel rushed and get stressed out. All this will do is make the meeting much more stressful and may even ruin the entire meeting.

Unfortunately, I can’t say much about introducing dogs to each other, but I believe this article from the AKC (American Kennel Club) can help to give you a better idea to go about this.

Can Pyrs Be With Other Pets That Aren’t Dogs?

Great Pyrenees are known for being great with other animals. In fact, they were even bred to guard and protect sheep and work with peasant shepherds.

That being said, these dogs are still dogs and may hurt your animals like chickens and rabbits if you aren’t careful. That is why I recommend being cautious when first introducing your Pyr to other animals that aren’t dogs.

So, are Great Pyrenees affectionate dogs? Absolutely! Pyrs are loving and kind dogs that can get along with their family and other dogs and animals; just be careful when you’re first introducing your Pyr to them and when he is around strangers.

So, do you have a Great Pyrenees? If so, is it an affectionate dog? Let us know in the comment section below! 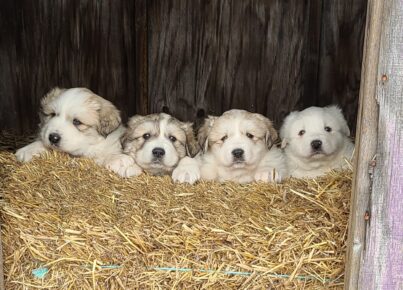 The Great Pyrenees is a great dog that loves his owners, and… 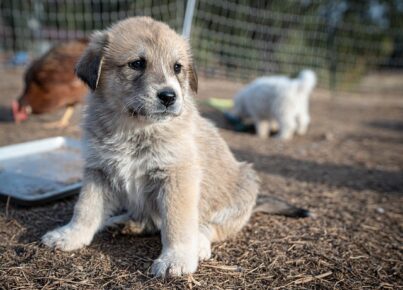 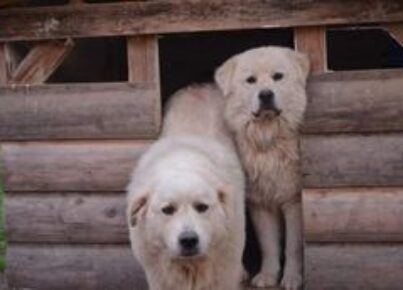 Dogs Large Dogs
Can Great Pyrenees Be Inside Dogs? (Answered!)